Leaders - Great And Not So Great

There are many factors associated with great leaders. Some of the more crucial ones are:

In turn, there are many factors associated with "not so great" or poor leaders as well. Some of the more blatant are: 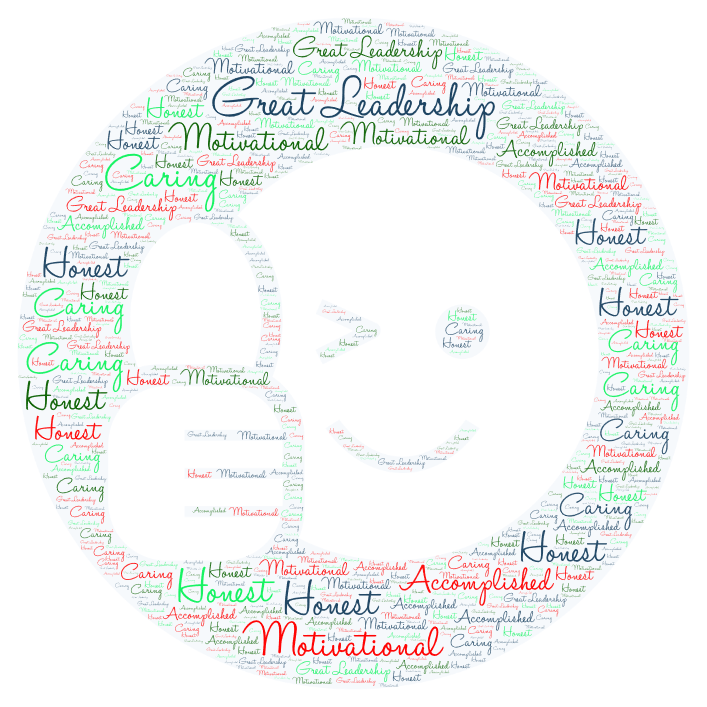 Toss manipulation out the door because nothing about it is honest. Great leaders plan their work and work their plan, which includes honestly keeping their subordinates informed. They delegate tasks and responsibilities to intermediate leadership and allow them the freedom and opportunity to learn from their mistakes. Great leaders are also great communicators that optimize the strengths of each team member. They encourage their subordinates to reach out beyond so-called limitations. They are not afraid or ashamed of showing their vulnerabilities. To the contrary, they utilize them to teach valuable lessons and forge a strong sense of comradery. In turn loyalty and enthusiasm to follow this leader's directions grows as the team realizes one highly successful accomplished goal after another. Respect, civility, and team cohesion are the hallmarks of this leader's team. Attrition within this leader's purview is low, and team members enthusiastically choose to follow this leader whether he has a title and/or position or not. 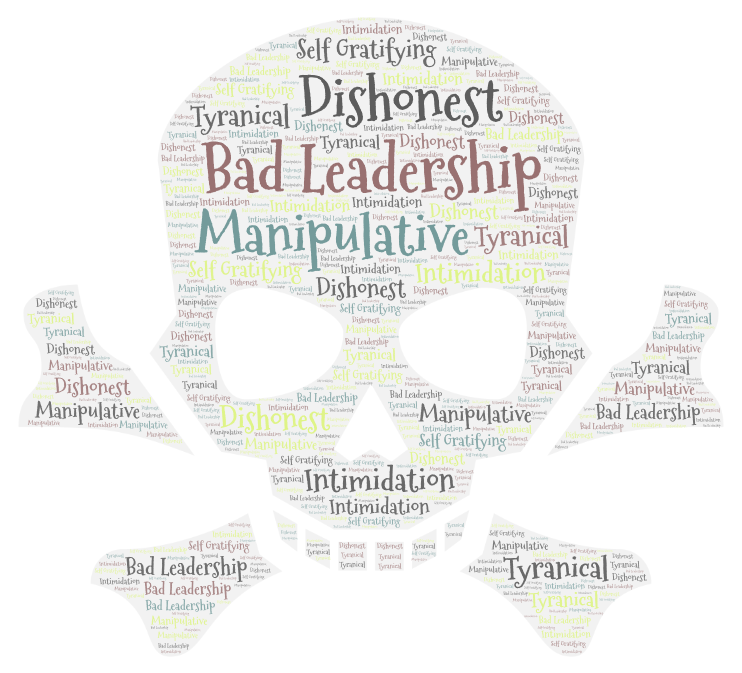 The Manipulative and Dishonest Leader

"That guy is such a great leader, he could convince his followers to jump off a cliff and they would do so gladly." Frequently I have heard statements similar to this one used to describe someone's leadership ability. In my opinion, however, this statement and statements like it describe someone that has mastered the art of manipulation, not leadership. In the short run, they appear to really get the job done, and those they lead are usually enthusiastic - at first. However, once they learn of how they have been manipulated, essentially tricked and lied to, loyalty goes right out the window, along with effective team planning and the optimal accomplishment of goals, both long and short term. Tyranny, hazing, oppression, and micro-management become the new norm. Animosity within the team will take root and eventually grow to the point of no return. At which time, team cohesion and civility will become a distant memory - the primary goal will become one of just simply making it through the day. Attrition is usually very high within the organization that employees and promotes a leader of this type. Very few choose to stay within the environment that surrounds this so-called leader.

What is meant by the phrases "Lead from the front" and "Lead from the rear?" There is a wide variety of answers and opinions concerning this question. So in an effort to avoid ambiguity and confusion, I'll define the parameters according to my understanding before moving on. Leading from the front refers to a leader that takes an active role in the successful accomplishment of tasks assigned to their team. In other words, if the task is digging a ditch, this leader will frequently be on sight ensuring the task is implemented and carried out correctly, and at times will even partake in some of the diggings. Leading from the rear, on the other hand, refers to a leader that is rarely seen on sight, and frequently only when it's time to receive credit and accolades for a job well done. 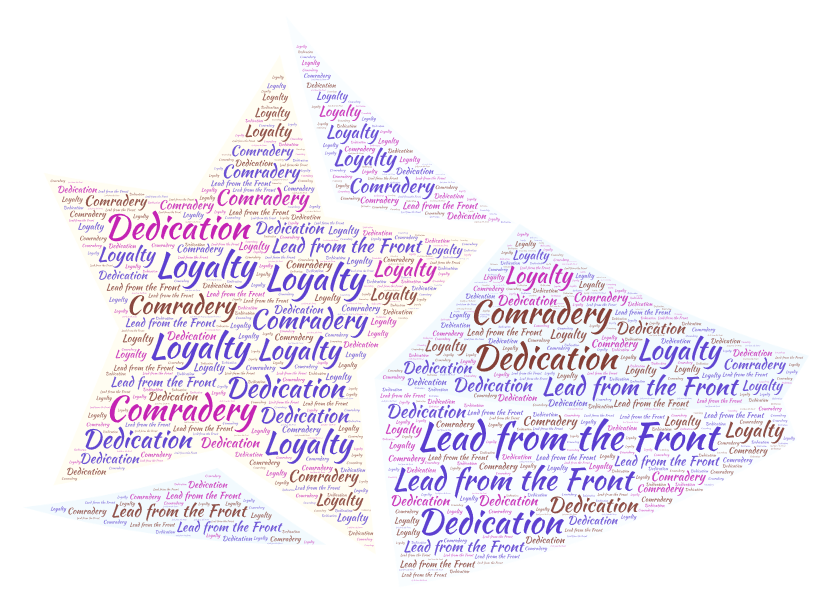 Advantages of Leading from the Front

Just a few of the more obvious advantages of leading from the front:

To quote Theodore Roosevelt, "No one cares how much you know until they know how much you care." A good leader does what he must to know his people - their likes and dislikes, family members and situations, as well as their goals and aspirations. Without spending time and having shared experiences with crew members both on and off-site, a leader cannot expect a great deal of respect, loyalty, and/or dedication. This does not necessarily mean that this leader should be on site 100% of the time. Requirements associated with meetings called by upper echelon execs, customer relations, and multiple other tasks within their purview would make that highly impractical if not impossible. However, since this leader has put forth the effort to ensure a good working knowledge of the task at hand, as well as each individual on the team, their strengths, and weaknesses, he can confidently delegate tasks and responsibilities appropriately. This leader also knows when it's appropriate to stay out of the way and allow those to whom he has delegated to take charge and evolve into great leaders themselves that also lead from the front. Loyalty and dedication, as well as a strong sense of comradery, are natural progressions within the climate and environment that exist within this leader's purview and authority.

Some of the possible pitfalls associated with leading from the front:

In my opinion, micromanagement stems from a fear and belief that if you want the job done right, you have to do it yourself. Micromanagers also fear that if they teach too much to their subordinates, they will be inadvertently training up their replacement and/or eliminating the need for their own existence. They become fatigued, because of a fear that if they dare delegate tasks and/or responsibilities, everything will fall apart. Micromanagers have a delusional view of themselves, that they alone are the only ones capable and smart enough to successfully accomplish the goal at hand. In their fatigued state they often become short-tempered and tyrannical, resulting in oppressive behavior. The flip side of micromanagement is just as destructive - becoming one of the guys or over-familiarity. At first, this appears to be harmless and perhaps even productive. However, when quarrels break out between subordinates, this leader will be expected to take sides. When a team member needs a "favor" that may not be congruent with company policy, animosity will arise toward this leader when or if he/she fails to deliver. In the not too distant future, team cohesion under this type of leadership will devolve into anarchy. At which time this leader will either resort to tyranny and oppression in an effort to regain control or become a figurative doormat hoping that somehow the tasks will be completed in spite of their lack of leadership. What I have observed on more than one occasion, when the latter of these two happens, this positional leader will usually yield, not delegate, his authority and acquiesce to the demands of the most ambitious and tyrannical (bully) of the anarchists that have arisen from within the ranks of the team he/she was supposed to be leading. If this ambitious tyrannical bully can get the job done, the positional leader over him/her is then enabled to lazily kick back and reap the benefits. I have also seen this happen in cases where the positional leader has suddenly been placed over a team about whose daily tasks he/she knows little to nothing. 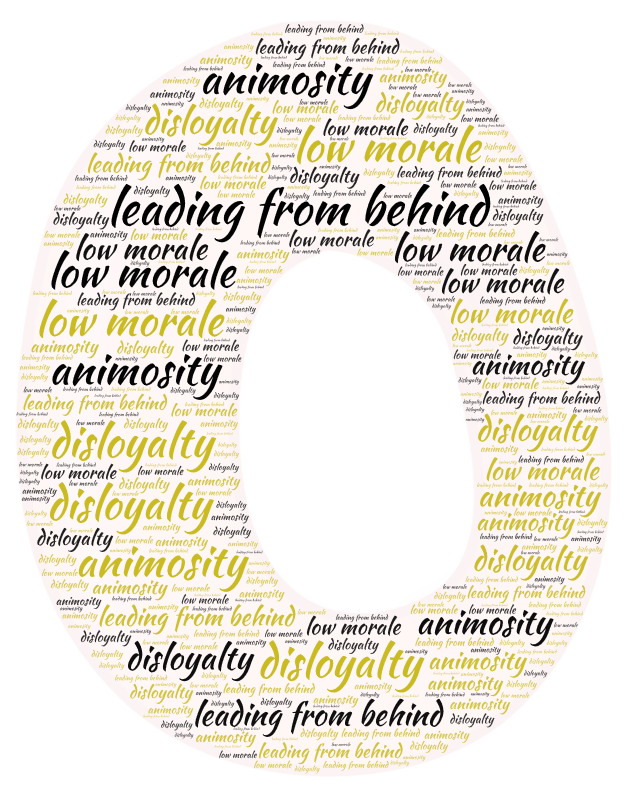 Advantages Associated with Leading from the Behind

From my point of view, the only advantages I can see associated with leading from behind benefit the leader only, and frequently at the detriment and demoralization of the team, they are supposed to be leading. This leader uses ambiguity as a means of self-preservation so that if things go wrong, they can claim that their team missed the "implied tasks" or were just too inept to understand the instructions. If the job is not well done and only criticism follows, this leader is able to avoid the fallout via plausible deniability. Frequently this leader will join the critics in berating their own crew. Leaders of this sort frequently make comments, un-jokingly, like, "I'm a great leader. I just need followers that can follow instructions." There is no upside to being placed under a leader that leads from behind. People do not choose to follow these leaders. They are only under their authority and purview via assignment, position, and/or title.

Great leaders are not born, they are trained, coached and mentored by other great leaders and leadership trainers that exemplify great leadership. The art of great leadership requires work, self control, and a dedication to serve all entities within the organization. It requires planning and a disciplined approach that entails delegation, follow through, positive reinforcement, motivation and sincerity.

I have stated many of my own opinions in this post, and consequently I would like to hear some of yours. So leave a comment below and let's discus it.

The artwork in this posts was generated via wordart.com